Let the masterful fiction of Karen Kingsbury whisk you away into delightful Christmas stories that will lift your spirits and make you feel blessed. Witness the power of love to transform relationships, and how the gift of a simple pair of red woolen gloves turns lives around, heals the broken, and gives people hope.

Save over 50% on the retail price ($41.99) by ordering The Red Gloves Collection today! 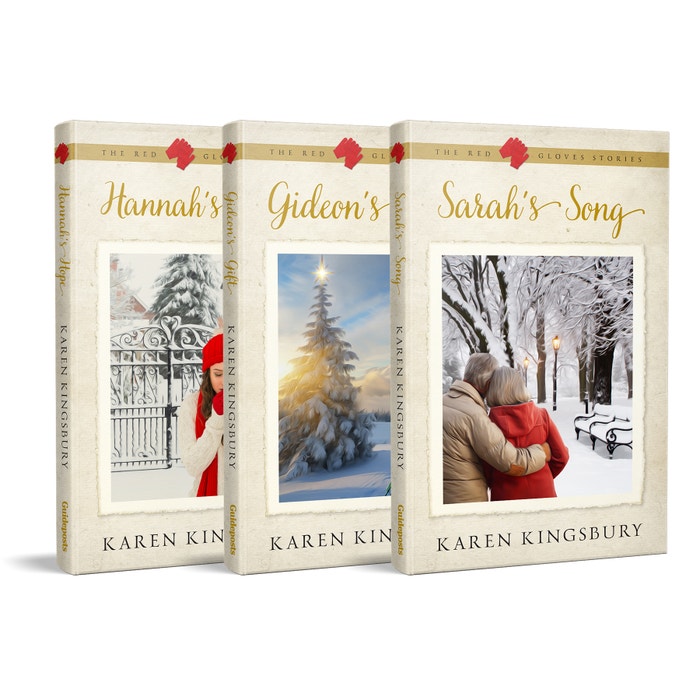 Captivating Christmas stories that will remind you anything is possible for those who believe. Enjoy this set of Christmas classics from one of America’s favorite inspirational authors, with pre-season savings that are sure to make you smile.