Mum's the Word - Secrets of the Blue Hill Library - Book 17

When Anne displays an Egyptian clay pot at the library, residents become outraged as they recall the horrific events that occurred when Aunt Edie brought the pot into Blue Hill. With every accident or disaster that occurs in town being blamed on the pot’s “curse,” Anne can’t help but wonder if the curse is simply a rumor being used to cover up a more sinister crime. Meanwhile, when Ben’s new friend questions his faith and skips his youth class at church, Anne must decide whether to end the friendship or assist Ben in helping his friend rediscover his religious values.
Skip to the end of the images gallery 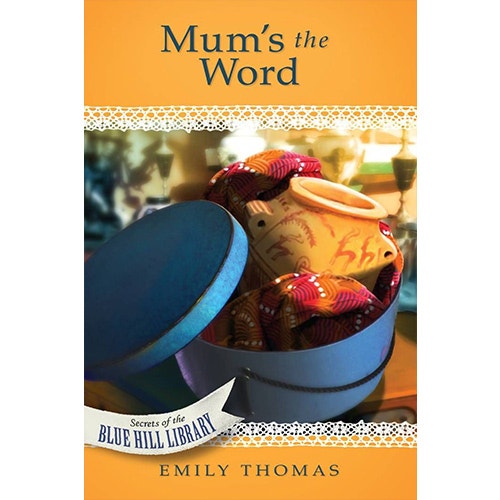 About Mum's the Word

When Anne finds an ancient Egyptian clay pot in the attic, which Aunt Edie excavated at an archaeological dig, she decides to put it on display in the library. But Mildred Farley takes one look at it, then trips and falls, suffering a badly sprained ankle. “It’s cursed!” she exclaims, visibly shaken by the artifact’s reappearance. Soon, all of Blue Hill is in an uproar, recounting various disasters brought on by the relic when Aunt Edie first brought it home forty years ago . . . and blaming every new accident, injury, and mishap in town on the curse. Is the pot really to blame for the current rash of strange, unfortunate events, or is someone using rumors and superstition to cover up a crime? Meanwhile, Ben makes friends with a new boy in town. But when he announces that, like his buddy, he’s not sure he believes in God and refuses to go to his youth class at church, Anne fears her son has fallen in with bad company. Should she put an end to the friendship? How can she navigate him through this crisis of faith?