Mary has become the victim of identity theft! Her efforts to contractually adjust the mortgage of the bookshop are denied because of an incredibly excessive balance on a new credit card that she doesn’t recall ever applying for. Who would have access to Mary’s personal information, and more importantly, who would want to aim an attack squarely at Mary in Ivy Bay? As Mary investigates the matter further, she discoverers the list of possible suspects is longer than she initially realized. Could it be any of the potential culprits, or is it someone that she doesn’t even suspect?
Skip to the end of the images gallery 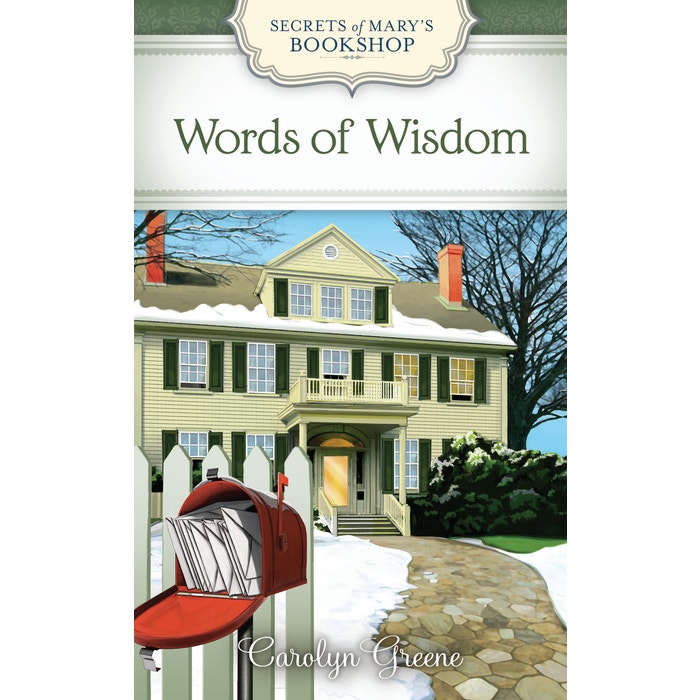 Book Description
Words of Wisdom - Book #17
When Mary tries to refinance the mortgage on the bookshop, her application is denied because of the large balance on her new credit card. But she hasn't opened a new account and certainly hasn't been on any spending spree. Mary is the victim of identity theft!

Mary has to prove the credit card isn't hers, which means finding the person who stole her personal information. Who has access? The postal carrier who keeps redirecting mail to his own pockets? The nurse of the women's clinic where Mary applied to volunteer? Or the woman in charge of the matchmaking fund-raiser that Mary was persuaded to sign up for? As she races to clear her name, she realizes that the true identity of her identity theft could be the person she least suspects.

About Secrets of Mary’s Bookshop
Mary Fisher has found the perfect place to retire - right where she started. She's moved back to Cape Cod to open Mary's Mystery Bookshop in Ivy Bay, a quaint coastal village flanked by meandering marshes and silvery beaches. It's the ideal location to relax with a good book on a summer day. But Mary soon discovers that this small town is full of secrets. Escape to a charming seaside town, get to know the lively characters who call this community home, and discover the mysteries in Mary's Bookshop!