The View From Rainshadow Bay & The House at Saltwater Point

Buy One, Get One FREE Offer! Purchase The View From Rainshadow Bay and get The House at Saltwater Point for FREE!

Now 40% OFF! Get this two-book set at a huge discount! 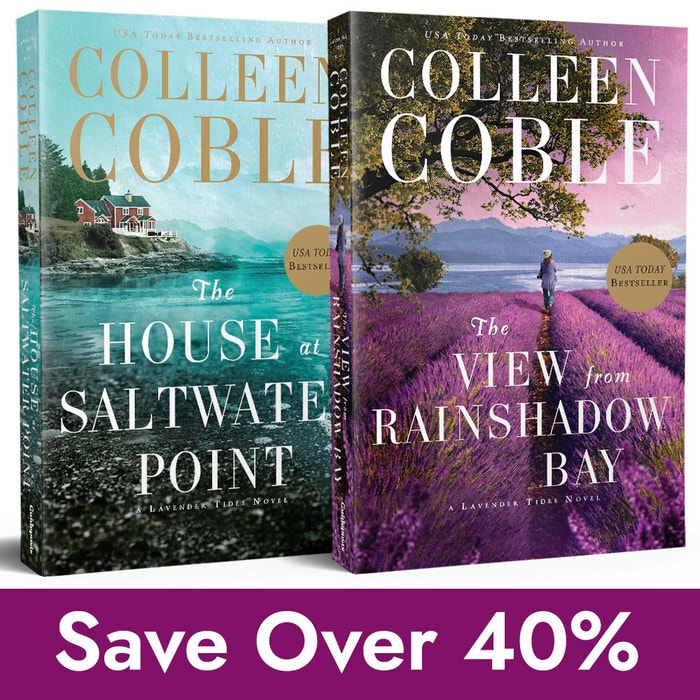 The View from Rainshadow Bay

After her husband, Jack, dies in a climbing incident, Shauna has only her five-year-old son and her helicopter charter business to live for. Every day is a struggle to make ends meet and she lives in constant fear of losing even more than she already has.

When her business partner is murdered, his final words convince Shauna that she’s in danger too. But where can she turn? Zach Bannister was her husband’s best friend and is the person she blames for his death. She’s barely spoken to Zach since. But right now he seems her only hope for protecting her son.

Zach is only too happy to assuage his guilt over Jack’s death by helping Shauna any way he can. But there are secrets involved dating back to Shauna’s childhood that more than one person would prefer to stay hidden.

In The View from Rainshadow Bay, suspense, danger, and a longing to love again ignite amid the gorgeous lavender fields of Washington State.

The House at Saltwater Point

Ellie Blackmore is making a name for herself as a house flipper. But when her sister Mackenzie disappears, Ellie can’t focus on anything but uncovering what happened. Her only clue is the bloodstain on the deck of Mackenzie’s boat. Ellie knows her sister isn’t on the best of terms with her ex-husband, Jason, but he wouldn’t kill her—would he?

Coast Guard intelligence officer Grayson Bradshaw believes Mackenzie faked her own death after stealing a seized drug shipment. The problem is convincing Ellie, who seems to view him as the true enemy.

Both Ellie and Grayson want truth, but truth—and family—is often more complex than it first appears. From international terrorism to the peaceful lavender fields of Puget Sound, The House at Saltwater Point is a thrilling race to uncover the truth before it’s too late.

A Note from the Author

“…If you’re like me, you often wonder why God lets bad things happen in our lives. I don’t have all the answers, but I do know that with every single trial I’ve faced, I’ve come through the other side stronger and wiser. I can’t always see at the time how God is using the trial in my life, but looking back, I often have more clarity…” – Colleen Coble