Strength in Numbers
Skip to the end of the images gallery 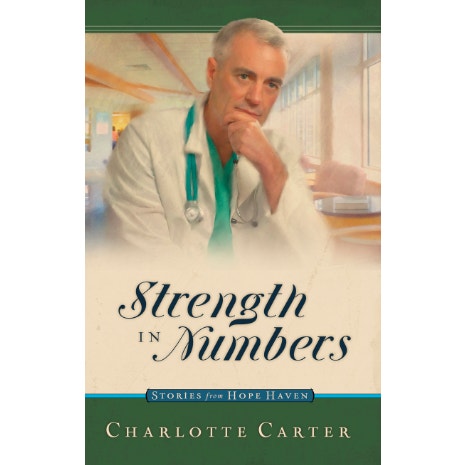 About Stories from Hope Haven

The people of Hope Haven Hospital provide health-care support the way it is meant to be: top-botch, kind, loving, and complemented by friendship and God’s fellowship. Come live, love, pray, and hope with these amazing nurses as they face life-and-death challenges and stand in wonderment at the healing power of God’s grace.

It’s only been several months since the hospital was rescued from financial disaster, so why is receiving yet another dreaded memo? Unfortunately, the hospital isn’t completely out of the red yet: This time, to address budget deficits, the staff is receiving a 10 percent pay cut. The news is particularly difficult for James Bell who, between helping his wife Fern with her multiple sclerosis, raising two teenage sons, and serving as his son’s Scout leader, depends on that much-needed income.

The cuts reverberate far and wide as Elena Rodriguez, so close to her savings goal, reconsiders her long-held dream of travelling to Spain, and Candace Crenshaw’s daughter begins to look for ways to save money. Meanwhile, Anabelle Scott copes with her empty nest by adopting a rambunctious puppy. Can her home be a happy one when her husband is opposed to having a dog?

As word spreads about the pay cut, James steps forward to rally the struggling community and to remind everyone that faith, especially in the toughest times, will always pull them through.