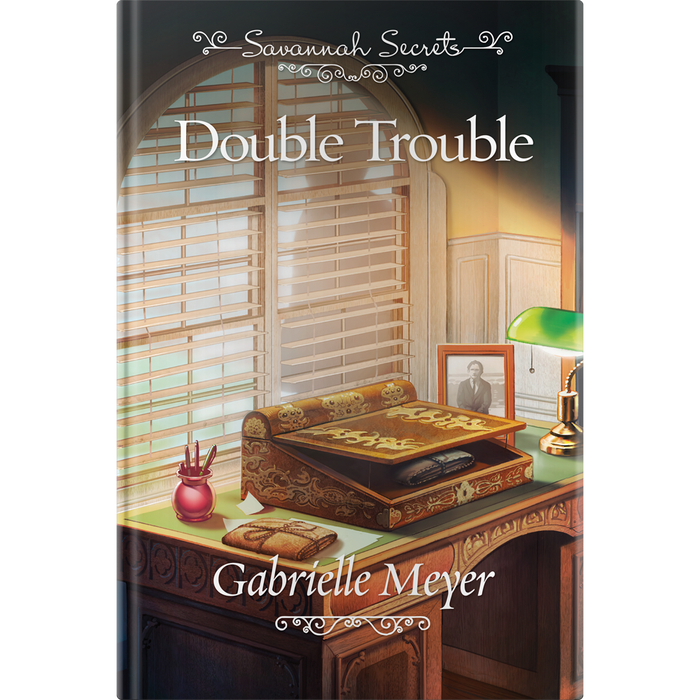 Meredith catches sight of a mysterious man lurking around her home—and he has an uncanny resemblance to her deceased husband! However, he disappears before she can approach him. Could he have anything to do with the 18th-century writing desk Meredith inherited earlier in the day? Or the freshly revealed, long-hidden diary written by Anna Coles, one of the first women to colonize Savannah in 1733? Before Meredith can identify this mystery man, the Coles diary is stolen and her late husband’s doppelgänger becomes a prime suspect.

As Meredith and Julia delve deeper into the investigation, they discover the reason Anna’s descendants have kept the diary hidden all these years—it may contain clues to the location of Blackbeard’s long-lost treasure! Does Meredith’s lingering grief have her seeing suspects who don’t really exist? Can they get to the bottom of all these mysteries and thwart any criminal intent of sinister treasure hunters before the situation spirals totally out of control?

Savannah Secrets contains everything you love in a cozy-mystery – a beautiful locale, suspenseful intrigue, and inspirational faith. It all takes place in the picture-perfect city of Savannah, known for its manicured parks, moss-covered oaks, and antebellum architecture. As you read, you’ll almost feel the warm southern breezes wafting off the pages, and hear the clip clap of horse-drawn carriages.

As you accompany private investigators Meredith and Julia on their sleuthing adventures, you’ll enjoy exploring Savannah, its history, and people. Tag along as clues are exposed, red herrings discarded, thrilling surprises revealed. You’ll also find inspiration in the special friendship that encourages both Meredith and Julia to listen to their hearts and rely on their faith. They are a case-cracking duo you’ll never forget.