Before It's Too Late - Secrets of Wayfarers Inn - Book 18

How can Janice possibly keep such a secret? When her son, Stuart, shares his plans to propose to his girlfriend, Zelda, Janice is overjoyed—but the challenge of keeping it from Stuart’s fiancé-to-be might be more than she can handle. Adding to the excitement, Zelda has been appointed chair of the annual Thanksgiving Feast committee, of which Janice is a member. Townspeople have been busy collecting donations to make sure no one in Marietta goes without a Thanksgiving meal, but when the funds go missing, Zelda is the immediate suspect, despite her claims that she placed the money in the bank’s night depository drop box. When the police get involved, Stuart’s plans to propose are interrupted, and it seems his entire future with Zelda is in jeopardy. Can Janice and her friends find the real thief and clear Zelda’s name in time to save the community Thanksgiving Feast—and Stuart’s proposal? 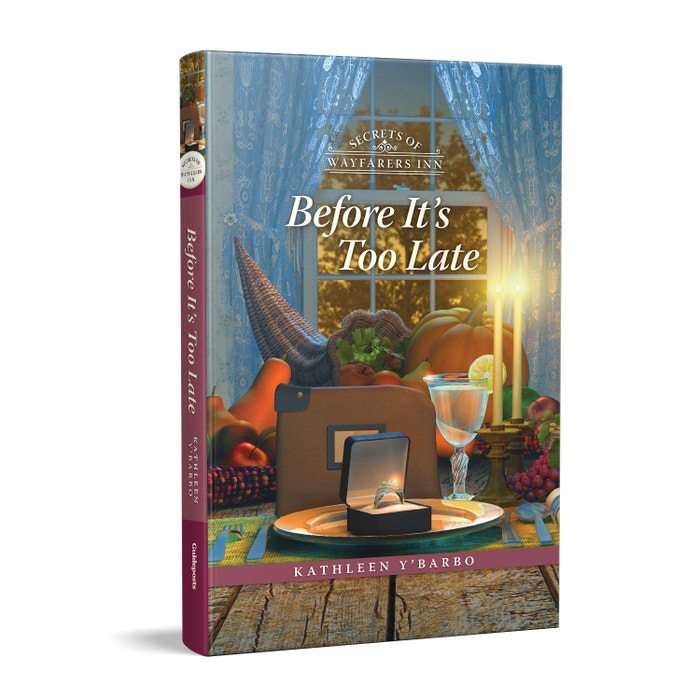