When hope all but given up on of finding Jeremiah Thorpe’s elusive treasure until Jeanette becomes involved and the ladies persuade Reverend Locke to let them back into Old First Church’s bell tower. Will Jeanette’s expert eyes see a treasure there that they missed?
Skip to the end of the images gallery 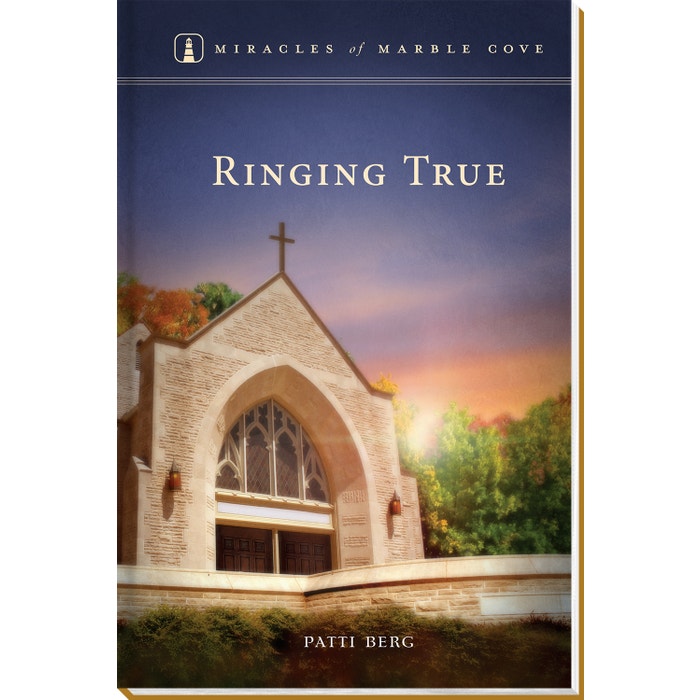 About Miracles of Marble Cove Series

Come to a place known for flip-flops, lobster pots, and porch swings. It's a place to relax, a place to feel at home. Take a walk along the rocky coastline, and gaze out at the boats bringing in their daily catch. Meet four different yet unforgettable friends who are mysteriously drawn together by events too amazing to be coincidence. Follow their miraculous adventures as they face life's challenges, hold each other up in faith, and experience God's amazing grace.

Beverly begins campaigning to be Marlve Cove’s next mayor, and not only has Jeff’s work taken him to faraway places, but he seems uncharacteristically distant as well. Now that she is committed to him, is he getting cold feet? Meanwhile, Diane is excited when her college-professor sister-in-law Jeanette arrives for a visit, but a routine checkup brings Diane news she hoped never to hear again. Margaret reluctantly agrees to teach an art class for pre-teens and learns a valuable lesson about herself. And Shelley is stunned when her sister Susannah drops off her daughter Hailey. Is this a surprise visit, or will Shelley have to fulfill the pact they made to care for each other’s children?

The four friends have all but given up hope of finding Jeremiah Thorpe’s elusive treasure until Jeanette becomes involved and they persuade Reverend Locke to let them bak into Old First Church’s bell tower. Will Jeanette’s expert eyes see a treasure there that they missed?


USA Today bestselling author Patti Berg began penning stories while in elementary school, when she wrote the script for a puppet show that she and her friends put on at a local hospital. Thirty years later, one of her dreams came true when the first of her many warm and lighthearted novels appeared in bookstores.
Scared of dogs until the age of fifty, Patti now goes out of her way to pet every dog she gets close to and would happily bring home all of the puppies in the pound if her less impulsive husband would only let her. He's had less success keeping her from saying yes when family, friends, and others ask her to volunteer.
A past president, secretary, and newsletter editor of the Sacramento Valley Rose chapter of Romance Writers of America as well as past president, Web site, and conference coordinator for RWA's Published Authors' Special Interest Chapter, Patti is currently volunteering with the Ada County Idaho Sheriff's Department. She lives in southwestern Idaho with her husband of thirty-three years and a huggable Bernese mountain dog named Barkley. To learn more about Patti, go to http://pattiberg.com.

All Books in the Miracles of Marble Cove Series