Between the Lines - Secrets of Mary's Bookshop Series - Book 9

Something is amiss in Ivy Bay! Mary’s neighbor, Cathy, is excited to go on a sunset whale-watching excursion with her new boyfriend. However, when Mary finds evidence to suggest that Cathy never came home from her date, she begins to look into the matter. Mary’s investigation reveals that not only is Cathy missing, but there was no whale-watching excursion hosted on the night that she had said she planned it! Could this be a case of a romance gone wrong, or is Cathy hosting some secrets of her own?
Skip to the end of the images gallery 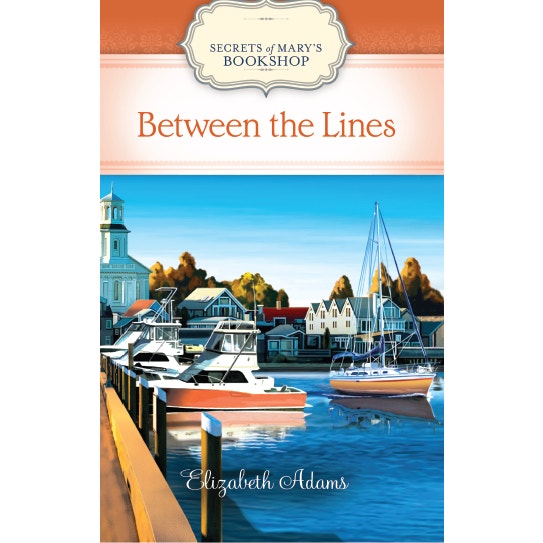 Mary Fisher has found the perfect place to retire—right where she started. She’s moving back to Cape Cod to open Mary’s Bookshop in Ivy Bay, a quaint coastal village flanked by meandering marshes and silvery beaches. It’s the perfect place to relax with a good book on a summer day. But Mary soon discovers that this small town is full of secrets. Escape to a charming seaside town, get to know the lively characters who call this community home, and discover the mysteries in Mary’s Bookshop!

Book Description
Between the Lines – Book 9

When Mary bumps into her neighbor one summer evening, she’s glad to see that Cathy has a new man in her life/ the couple is heading to the marina to take a sunset whale-watching cruise, and Mary whishes them well. But the next day Mary sees that Cathy’s newspaper is still lying on the porch and her mail hasn’t been collected/ as the days go by, it’s clear that Cathy never came home that night and is now missing!

When Mary starts asking questions, she learns there was no whale-watching cruise. So where did Cathy and her date go? Is she in danger? It will take all of Mary’s sleuthing skills to read between the lines and find her friend before it’s too late.

Elizabeth Adams lives in New York City with her husband. When she’s not writing, she spends her time playing with their rambunctious daughter, cleaning up after two devious cats, and trying to find time to read mysteries.